This is what my summer is going to entail. But. But. But. 57 days until Shambhala. FUCK YES!
Posted by Jamie Gib at 12:17 PM No comments:

D'aww, i miss this blog.

*sigh* I must say this year has already been an interesting one. Life has been a bit crazy, back at the parents for the summer, working, not doing much else except ruin my whole year's work on sobriety at its finest. I don't know what it is, but Duncan just brings out the worst in me. But, a couple months no rent, just saving, will do me just fine, gnome sayin'?

Anyways, working at the Dollar Giant 5 days a week, and over at Noodles of the World on Saturday nights, gonna start working more, take my mind off lonliness and enable me to spend less money and actually have a decent income for when i move back to Nanaimo, haha.

Picked all my courses for next year, taking Set Design, Directing and Theatre History, along with 2 Media classes, Production, Astronomy and Liberal Studies. Gonna be a good year thats for damn sure.
Posted by Jamie Gib at 2:25 PM No comments:

Welcome, ladies and gentlemen, to the certified party of 2011. If you have ever attended a J-Gib event, be prepared for your expectations to get blown the fuck out of the water.
Because J-Gib is back, after a short hiatus to collect some creative steam, we at J-Gib Promotions, in collaboration with SortA FrieD Productions and SS Entertainment, are here to present to you, an island massive unlike anything we've seen in a long time...here is SUPERFRIENDS 4!!!
This marks the 5 year anniversary of J-Gib Promotions, and I am sparing no expense, to make this an unparalleled party experience that no one will forget.

Featuring 3 stages of the best in local and international talent, a vendor village with shops and a full concession, BIG BIG SOUND, light shows, and a secure outdoor location, to be released day of.

There will be a licensed security team keeping you safe, and PLUR and ROAR will be in full effect, so keep yourself in line! This is a NO drugs or alcohol event, juct come, have fun, and dance your little hearts out!

Tickets will go on sale February 1st at the following outlets:

There will also be personal ticket sellers in each city, if you are interested please contact me(Jamie Gib)

DJ Pants is originally from Dallas, TX... but my home scene will always be Victoria, BC. though not nearly as prolific as many of the other DJs on the island or mainland, i was (and perhaps still am...?) known for my ardent support of the 2-step / UK Garage / 4x4 vibe around the turn of the century in that area, along with my friend and cohort DJ Ph0ng. that being said, i rarely spun (and/or spin) sets comprised entirely of what is generally accepted as 2-Step / UK Garage, instead preferring to blend this genre with either a little Deep House (for loungier nights) or various other styles of House (filter-, tech-, disco-, vocal-, etc- for the more upbeat kind of venues). partially because i get a little bored spinning nothing but broken beats and/or basslines all night, but primarily because my love for 2-Step stems not from the dominant basslines, but from the shuffle of the treble and the (occasionally broken) vocals... characteristics which tend to span genres more readily without automatically niche-ing it away (pun intended ;)

Bitchin’ is Kenzie Clarke and Mama Miche: best friends since ‘04, licensed unicorn trainers, accomplished wearers of wild outfits, and the reigning Queens of Beats n’ Bass in North America. Since their fateful meeting at a Valentine’s Day party—Miche in a mullet and silk pajamas, Kenzie as the sorceress—the two have been relentless in their quest for global dance floor domination. The Bitchin’ strategy is simple: dropping an endless onslaught of fun and funky bass-bombs on party people’s heads.

Whenever a female DJ act comes up, people waste their time talking about them being girls and not boys. Bitchin’ proves that topic irrelevant. Bitchin’ is rugged beats and raw dog bass. That Kenzie and Miche happen to be women matters not. Not only can Bitchin’ hang. They can—and will—destroy. The Bitchin’ sound, developed over five years of playing together, is singular and eclectic, leaving no dance genres alone. House, techno, electro, disco, 80s funk, booty breaks, whatever. If it’s a bomb, it will be dropped.

Like any successful partnership, Bitchin’ works because each half brings their own toolkit to the table. Kenzie, who holds down the weekly NYPD (Not Your Parents’ Disco) residency at Lucky Bar in Victoria, is the music fiend. She has an encyclopedic knowledge of dance music and a keen ear for fresh sounds. For her part, Mama Miche has over ten years experience in promotions and artist and tour management—first with Mother’s Cupboard, now with Stirling Agency, repping acts like Smalltown DJs, Wax Romeo and Mat the Alien—has organized and managed tours for Top Billin’, Deekline, Nick Thayer, Jubilee, Cobra Krames and Sammy Bananas. From her home base in Calgary, Miche brings business savvy and a deep understanding of what it takes to fill a room with enthusiastic party-goers.

While they both had burgeoning DJ careers before they hooked up, the two-woman Bitchin’ formation has vaulted them to new heights. In spite of operating from different postal codes, the pair has landed gigs around the world, alongside major electronic acts like Classixx, LA Riots, Steve Aoki, Stanton Warriors, Krafty Kuts, Fort Knox 5, Malente, Bassnectar and Glitch Mob. Together Kenzie and Miche have filled dancefloors all over Canada, UK, Spain, Miami and Hawaii. They are also permanent fixtures on Canada’s lively outdoor rave scene, playing for huge crowds at premiere electronic music festivals like Soundwave and Shambhala.

Needless to say, they’re loving every minute of it. Miche sums it up, “I just want to —rock out and play great music with my best friend—really, could it get any better?"

No, it could not.

FEATURING:
Two Island Veterans, One Rising Star from Alberta, and the BEST of our local boys to rock you all night!

Sk'ian is one of the North Islands BEST. Known for his Funky style, WILD hair and amazing energy behind the decks, which has gave him quiet the following. He has opened for such names as Fort Knox five, Shamik, Hook and sling, soulfix, Dj timeline, jazzwax and Rudder

He used to team up with the renoun DJ Merlin (tronicSoul/ Soma). Together they have a FUN electrohouse style that could send you back a few years..

He started in 2003 with help from dj james cameron. a pair of thriftstore specials and a radioshack mixer and a fist full of records was what sparked the intrest.

Sk'ian, in his seven year career behind the tables, has been making dance floors bounce every step of the way. He has packed shows up and down the island. Definatly a DJ you dont want to miss.

Mr. Johnny "Waffelz" started mixing records in the late 90's. His first set was at a house party followed the week later by another even bigger house party, since which time he hasn't looked back having played mountain tops lake, river and ocean sides, clubs pubs halls houses backyards and barns. Well known for being one of the few still somehow standing in the wee hours and rocking the decks like a trooper(hence the formation of the vinyl soldiers crew). Waffelz is a part of vinyl soldiers along side such greats as spoon, monty, and psychi the mongolian soldier. Monty and Waffelz together formed "the False Eye Dollz" and have opened for the freestylers, Generic, Code-I, Chamberlian, The Beat Junkie with Harostraight and Dirt Crew and many more. Johnny has shared the stage(either warming up the crowd, rocking the sunrise sets and keeping the crowd grooving, as well as the odd fluke tag sets) with the likes of Dirt crew(Germany), Dr. Alex Paterson (The Orb, England), Freaky Chakra(San Fransisco ), Scotty Stylus, D.J. Hoola, Dru Defiya, Psychi, DJM, Fire Budha, Warren Elektrik, GreyZone, Doc Loveless, Monty, Spoon, C Mahjah, DJ Zach, Beerinshowerman, Stolen Beats, Elton Chong, Merlin(u.k.), Skian, Dubris, Patience Automate Mykee, 16 armed jack, Bucklee, Beat Junkie and so many more. Johnny started playing around with various visuals techniques early on in his dj career and has since worked many festivals, shows and a few clubs doing the visuals thing. He represents for or has for such clicks and crews as 4themusic.com , loki management/productions, Ac:Dcrew, wired4sound, grass roots collective, FireBoy sights and sounds, munson family and many more

Brodes (Brodie Peterson) came into the scene not even 2 years ago and has managed to cause an absolute stir. His flawless mixes & impeccable track selection landed him gigs right off the bat - but it has been his undeniably ADHD energy and his taste in utterly disgusting basslines that has found his fan base growing every single day and his name being more and more associated with the building blocks of a good party. Do not miss this, Brodes is a refreshing new talent which you will fall in love with. 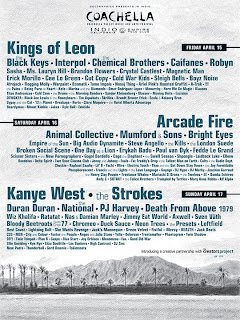 My day/week has just been made. That lineup gives me hope for music festivals everywhere.
Posted by Jamie Gib at 11:08 PM No comments:

Craziness is starting to overflow my life. Started to plan things week by week, and always having my schedule on me, so before I sign onto anything new, I can see if it's physically possible ;)

Between Gong Show, One Acts, We Too, Wedgie and classes, my brain is slowly filling up. RAWR.

I am having GREAT success with everything though, loving life and getting by quite well. Stagecraft is boring right now, and I would rather be at home. Balls.
Need to finish getting off book and doing my We Too script up. I love how much more productive I can be when I actually write everything down.

And I hope that everyone is doing well. I'm gonna do a proper update when I get home :)
Posted by Jamie Gib at 1:44 PM No comments:

For the ones that matter the most.

So raise your glass if you are wrong in all the right ways
All my underdogs
We will never be, never be anything but loud
and nitty gritty
dirty little freaks
<3
Posted by Jamie Gib at 10:28 PM No comments:

Hands down one of the best nights out I've had in a while. Sugar is a fantastic venue, the vibe in there was good...though I wasn't a fan of the fact that we couldn't go smoke until 11:30, haha. The sound was pretty darn good actually, really crisp. Wasn't a fan of the opener, kinda boring, never really got into it, but the wait was totally worth it, because Skrillex was FANTASTIC. He is a very short man, I gotta say, but his energy, the variations in his track selection and just his overall skill behind the decks impressed me greatly.

The company I chose was TOP NOTCH. Although Erin needs to lay off the sauce. :P I also made some new friends which was cool, because they go to the university as well! Woop!

Today was a nice lazy day, went for breakfast, got a jalapeno mozza chorizo omlette that was the best thing I'd ever eaten for breakfast. NOM NOM NOM.

Now, I am back in Nanaimo and planning a nice night in. TV, chicken strips, and typing up scripts, thats my saturday! <3.
Posted by Jamie Gib at 6:08 PM 1 comment: